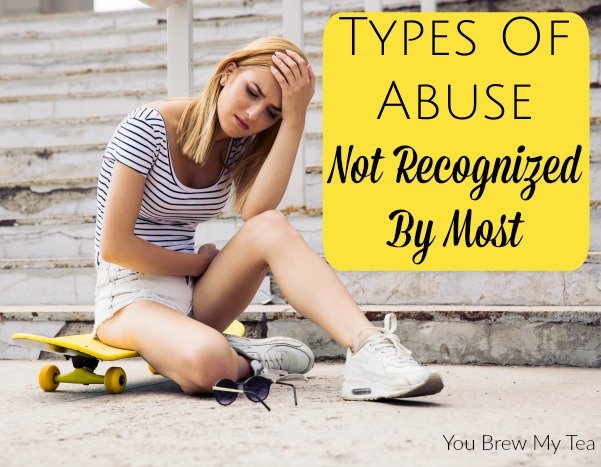 3 Types Of Abuse Not Recognized By Most

Instances of abuse leave their victims physically or emotionally scarred.  Most abuse is something that happens long-term between a victim and a close relative, spouse, or significant other.  This isn’t exclusive, but the statistic norm, so for that reason I will focus on those types of abusive situations.

Spiritual Abuse:  This is one type of abuse that I believe is much more commonplace in the Deep South and Bible Belt than other parts of the country.  As Christianity is the most common religious belief in these areas, and the fundamentalist movement of the last 20-30 years in these regions has increased here more than other areas.  Religion itself does not have to be abusive, but in many cases, it can and has been.

As a Christian, I can honestly say that I have experienced spiritual abuse as well as witnessed it in many families.  Spiritual abuse is not what you may think.  It is not making your children go to church or reading scripture at home daily.  While that may not be the best parenting tool if it is forced upon a child, it isn’t something I usually consider abuse.  For me, spiritual abuse is when you use religion as a threat to your child to force them under your control. I have personally experienced a form of this spiritual abuse, and I know many who have also been through this.

Some things that I consider to be spiritual abuse:

Sexual Abuse Within Marriage: Rape is rape.  I don’t know if there is much more to say about this than that, but there is apparently a lot of question regarding this within marriage.  Unfortunately, too many people believe that just because you are married, sexual contact is expected and can never be considered rape.

Rape within marriage is any time a partner says no or is unable to consent.

Just because you said wedding vows, they liked it before, or happen to be naked in a bed next to you does not, ever, in any way, give you permission to use their body for your own sexual pleasure without their distinct permission.

Abuse via Control:  This is one of the most common types of abuse that is overlooked or not recognized by most.  Being controlled and threatened by a partner, parent, or spouse is something that happens more often than we realize.  I have lived with this in my life on multiple occasions.  In fact, my entire childhood, and during my first marriage.  Control was one of the biggest sources of fear in my life and the greatest abuse that has stuck with me.  Being unable to shake the need to check in and “obey” is a real struggle.

As a child, you are supposed to be under the control of your parents.  It is expected for you to obey them since they are supposed to know better and be wiser.  However, there is an amount of control that results in negativity and is a form of abuse.  I grew up in a household where control was taken to a point far past what is expected of a parent.  While some things are understandable, and each family will have different rules, there is a place where it goes far past simple protection and into the realm of abusive control.  Some examples of parental control that is abusive are below.

Spouses and partners are not meant to control one another.  Even if you are in a strict religious home that believes that a man is the head of the household as many do, there is a difference between leading and controlling.  Many spouses abuse that position of leadership as a means to control the other person.

There is much more I can say about all of these things.  I will go into more detail about my specific experiences in the months to come.  I just want to share these types of abuse for those who aren’t sure, or don’t know, how real and true they are for many individuals.  There are so many things that are abusive that skirt on a fine line of what is acceptable and what is not.  Unfortunately, an abusive person will cross the line.  If you, or someone you know is being abuses, don’t hesitate to reach out for help.  Not only are there local shelters, police departments, some churches, and many resources in many communities, I am also happy to do research for you to help you find a place and means to get away from the abuse.

Other posts for emotional health: 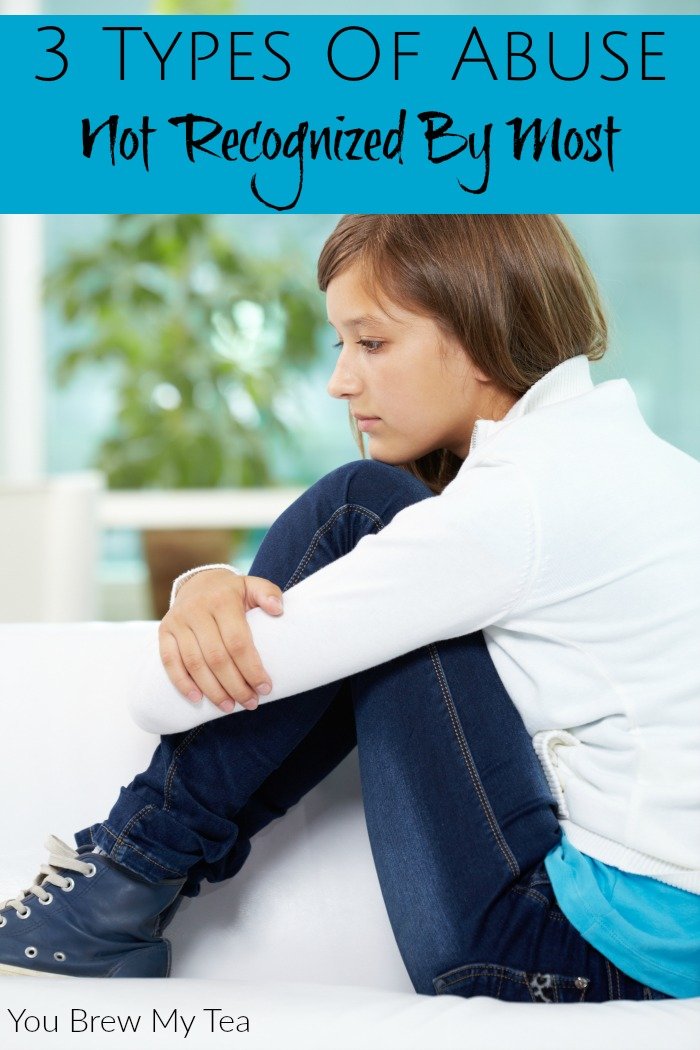 Everything You Need to EASILY Prepare Healthy and Delicious Food, Plan Your Meals, Track Your Progress, and Stay Motivated.