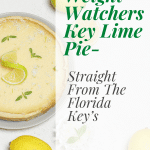 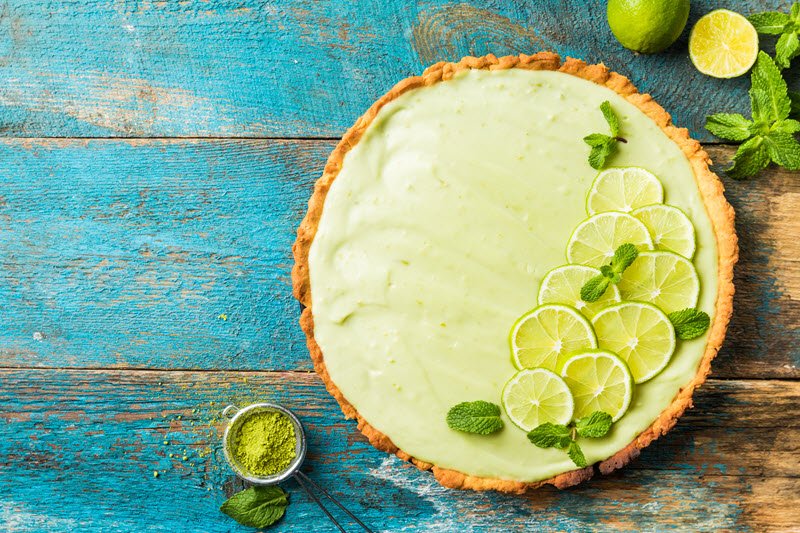 Key lime pie is one of those desserts that most people love to eat, and for good reason, because it tastes divine. Key lime pie makes for an awesome summertime dessert, something cool, refreshing, and a little sour and sweet too. It’s a great frozen dessert for a summer BBQ, or something similar. It’s something that’s not too heavy, but it still tastes amazing. Now, key lime pie contains a lot of sugar, and other substances which you probably should not eat in abundance if you’re trying to lose weight.

It barely takes any work to make this key lime pie, it tastes great, and it’s much healthier for your body than your average key lime pie bought in stores. You don’t have to suffer by denying yourself all foods that you like, especially when there are health-conscious recipes like this one around. You don’t have to choose between eating right and eating the foods you like when you have a great Weight Watchers key lime pie you can treat yourself with. 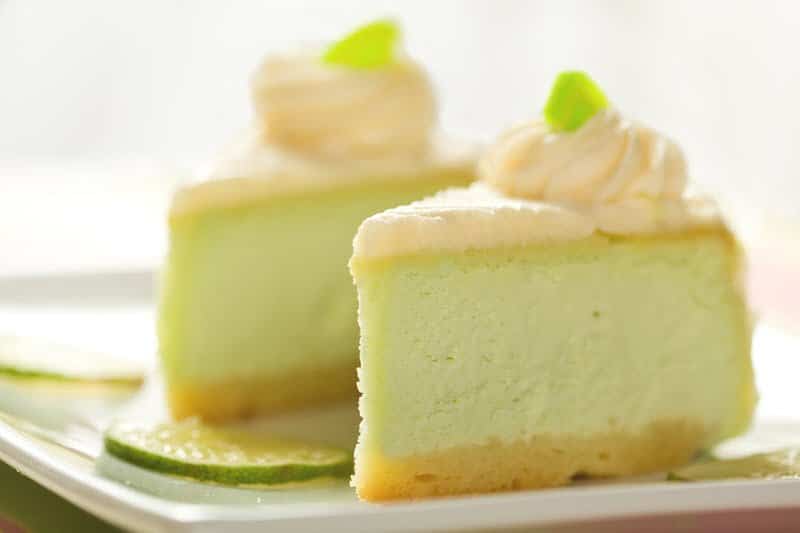 As we said, this key lime pie is fast, simple, and easy to make, and it still ends up tasting fantastic. There are only a few ingredients needed, and it only takes a few steps to go from raw ingredients to a ready-to-eat key lime pie. So, what are the ingredients you will need to make this Weight Watchers key lime pie?

Like we said before, this Weight Watchers key lime pie is so easy to make that you could probably teach a monkey to do it.

What is surprising is that this key lime pie has as little fat, sugar, carbs, and other such substances as it does. No, it’s not the No. 1 most healthy item, but when it comes down to it, it is a calorie-friendly and health conscious alternative to bakery-bought key lime pie that would probably give you diabetes and a heart attack if you ate the whole thing. 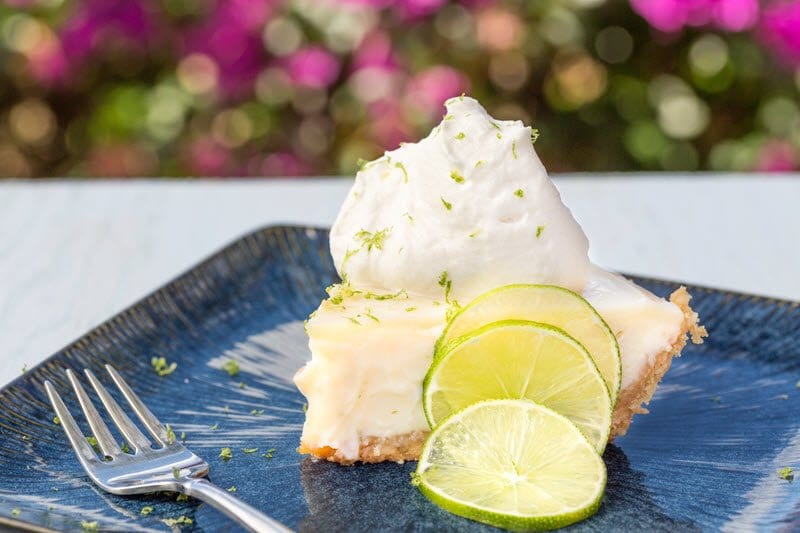 You may have heard of the Weight Watchers SmartPoint system, which allots you a specific number of these SmartPoints on a daily basis. How many of these points you get is determined by your gender, age, weight, and height. You might get 30 SmartPoints per day, for example, which will then dictate how much food and what types of food you can eat on a daily basis.

What does need to be said is that this Weight Watchers key lime pie, while being much healthier and lower in both fat and sugar than a normal key lime pie, is still going to rack up the points.

However, you can always save up daily SmartPoints from previous days, as they do roll over from one day to the next, so you can eat a couple slices of this key lime pie without being too worried. In terms of the SmartPoints which will be subtracted from your daily allowance, this key lime pie, each slice, so about ⅛ of the pie, will cost you 7 SmartPoints. 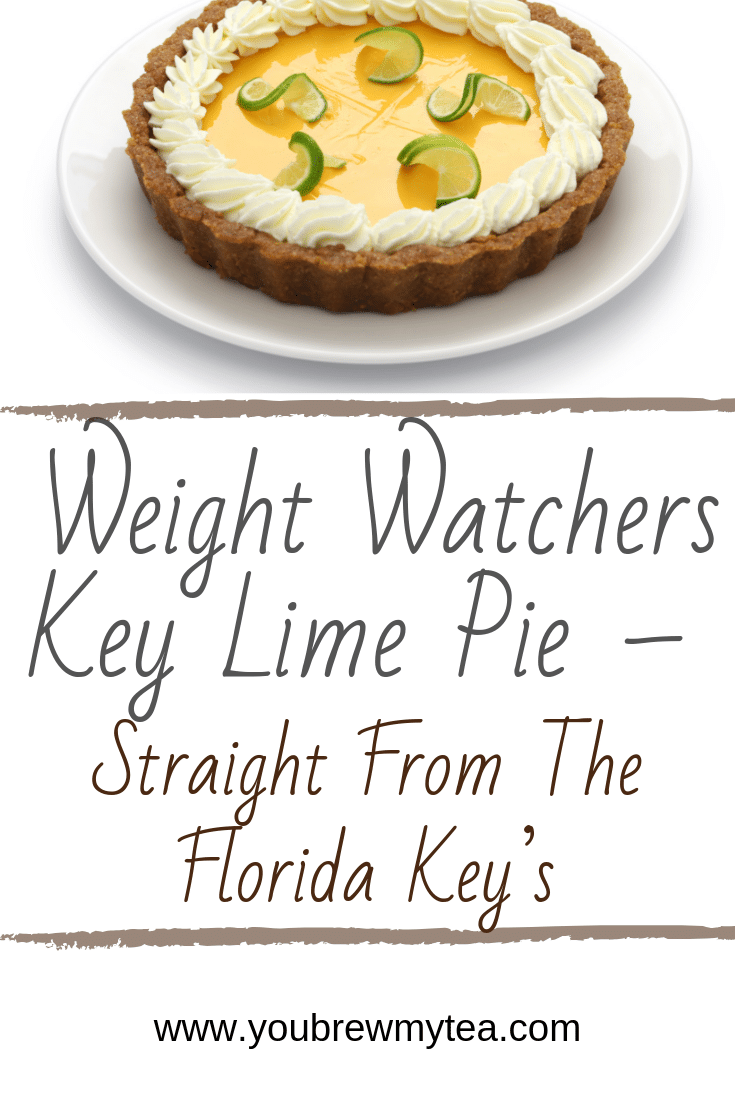 Other Weight Watchers Pie and Cake Recipes To Check Out

Ok, so not everyone likes key lime pie, which is just fine, because Weight Watchers has a large variety of pie, cake, and other dessert recipes which you can check out. Most of these are super simple to make, they usually always taste fantastic, and yes, they are quite health conscious too! So, if you don’t like key lime pie, what other pies and desserts from Weight Watchers should you check out?

The bottom line is that you can still enjoy your favorite desserts, such as key lime pie, without a ton of sugar, fat, and calories. Weight Watchers has a great selection of dessert recipes for you to try out.

Whether you like pie, cake, doughnuts, parfait, or anything in between, you can rest assured that Weight Watchers has a calorie-friendly and health conscious alternative you can make at home, all without having to worry too much about gaining weight. Being healthy does not mean that you have to give up all of your favorite treats; you just have to find a more calorie-, sugar-, and fat-friendly way to make them.