Did you know that Weight Watchers has been around since the 1960’s? This weight loss plan really took off in the 1970’s, and there it was a lot more restrictive than the points system Weight Watchers uses now.

In order to be successful with this, or any diet, it was important to follow the program as it was written out by Weight Watchers. For instance, you could only eat the foods that were available on the menu plan, in the amounts and weights that were specified. You could combine a lot of the foods, as long as all ingredients were counted in each dish. It was important to keep a daily food record. Here are a few of the rules for Weight Watchers diets back in the 70’s.

Dietetic products were not allowed on the Weight Watchers diet, with the exceptions of unsweetened, carbonated beverages, artificial sweeteners, and imitation or diet margarines. 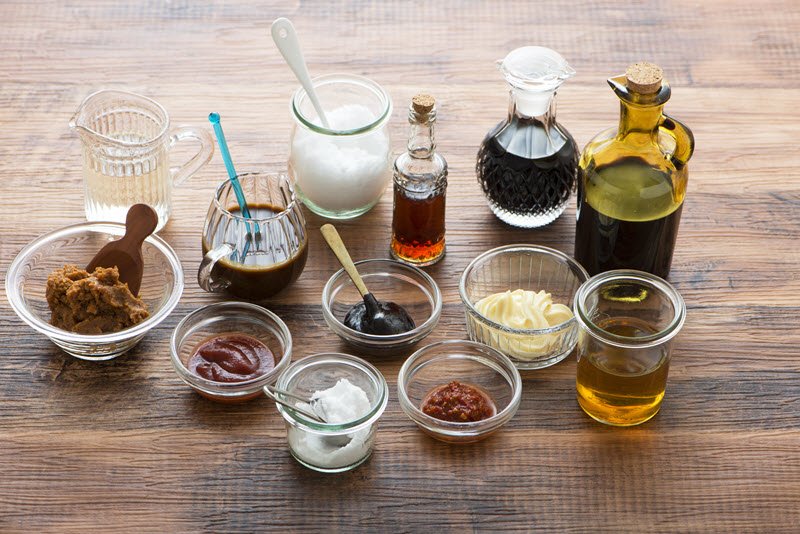 Many condiments and seasonings could be used as desired. This included many herbs and spices, as well as some beverages and prepared sauces.

There were some vegetables you could have in unlimited amounts, including capers, celery, gherkins, lettuce, parsley, and radishes. Other vegetables, such as asparagus, bean sprouts, beet greens, tomatoes, kale, and cucumbers were allowed in limited amounts.

Users of the early Weight Watchers diet were allowed to have certain amounts of fruit, and were encouraged to have one fruit or juice for breakfast each day. Fruits were divided into three groups, one fruit daily (cantaloupe, tangerine, grapefruit, etc.), multiple fruits daily (apricots, Mandarin oranges, pineapple, etc.), and once weekly (grapes, bananas, cherries, etc.). They could be fresh, frozen, and canned (unsweetened).

These foods were divided into two categories, B, and C. B group foods could be eaten exactly three times each week, for either lunch or dinner. Group C foods were what were considered the must-have foods each week.

Many diets don’t include bread, but the old Weight Watchers diet did. Users could have bread with meals only, as listed on the Menu Plan. Bread products could be fresh, pre-sliced, packaged, and enriched, 100 percent whole wheat, or enriched rolls. Each serving was to weigh one ounce.

You could have four eggs per week on this diet plan, for morning and noon meals. They could be hard boiled, poached, or scrambled (with no fat). Some cheese and cheese products were allowed, such as cottage cheese made with skimmed milk, and no more than four ounces of hard cheese each week.

You could have skimmed milk, evaporated skimmed milk, or buttermilk. If products were labeled as “skimmed milk products,” they were not allowed on the Weight Watchers diet.

Now it’s time to check out some of the interesting recipe ideas Weight Watchers had for dieters in the 1970’s. Some of them don’t sound half bad, while others look like they were a great incentive to limit one’s diet. 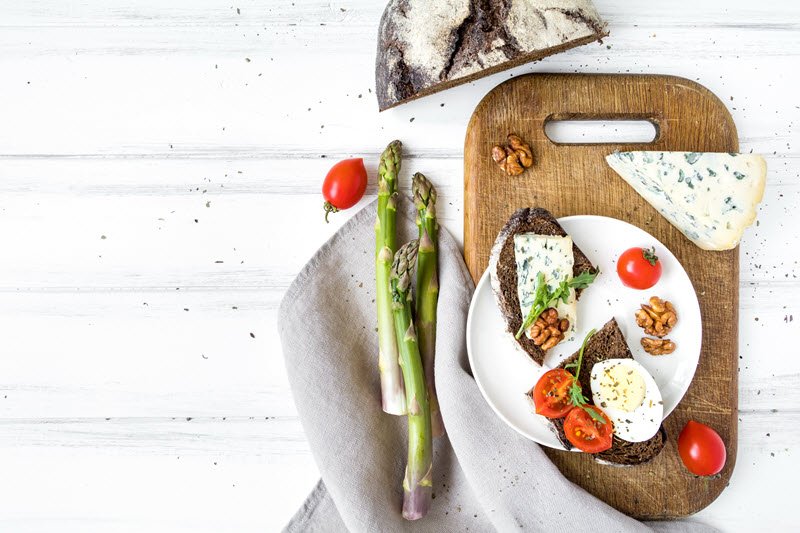 This was an easy recipe for a molded salad, something that was quite popular back in the 70’s. For this salad, you were required to sprinkle gelatin over a half a cup of tomato juice in a saucepan, stirring slowly until the gelatin powder dissolved. Then, it instructed users to add more tomato juice, vinegar, salt, hot sauce, and some sweetener, pour into a mold, and chill until the mixture had a syrupy texture. Finally, the asparagus was added.

This was a mix of hotdogs or frankfurters, pineapple, onions, and carrots. It might sound weird to some, but many found it quite tasty. For those who wanted to serve this meal with a bit of flair, the frankfurters could be served on the pineapple core.

A lot of Weight Watchers burgers weren’t made from beef, but used mackerel, frankfurters, or even gelatin instead. These burgers were actually made from beef, and they sound quite tasty. The meat was broiled on a rack, and then served with apples. For a bit of a twist, you could cook the apple on the grill as well.

This dish was and still is quite popular, both with dieters and non-dieters. It was made with delicious peaches, and gelatin balls that looked like cherries, but were actually made with gelatin and diet soda.

Here is another quick and easy Weight Watchers recipe from the 1970’s that is totally diet friendly for just about any diet. It was simply lettuce leaves stuffed with cottage cheese and seasoned with paprika, with some radishes on the side.

Here is a strange name for a soup that doesn’t sound very inspiring. This watery soup is made with tomatoes, beansprouts, green beans, and asparagus. It is loaded with healthy ingredients though, and is an excellent food for dieters.

If you were on the 1970’s Weight Watchers diet and you wanted pizza, you could have a version that was simple to make and didn’t cost much. Of course, it wasn’t exactly the best pizza substitute, but if you were craving tomato sauce and cheese, it was great. All you had to do was put sauce and mozzarella cheese on a slice of bread and place it under the broiler until the cheese melted.

This is a treat that you probably still see at family gatherings, baby and wedding showers, etc. It is quick and easy to make, and if you like cauliflower, quite tasty. To make this dish, simply mash cauliflower and stir in a bit of green pepper. Spread mixture into celery sticks and let chill for 45 minutes before serving.